That fateful evening, the air raid sirens gave warning of the overhead Messerschmitts. Nan’s uncle Chris Appleby had the torch, and her gran refused Nan’s offer to make a cuppa because of that torch: “No, you don’t know where the bucket is because I’ve lent Chrissy the torch.”

So Nan stayed in the lounge with her mother. That was the last they saw of the Appleby Matriarch, Edith.

A plaque was placed on Hindle House, paid for by the residents, but one day it vanished. Some blamed the immigrant influx, saying they had removed it because it allegedly held no meaning for them. But how could it not hold meaning for them? The people who had moved in were largely part of the Commonwealth; they had fought alongside us.

A piece in the Hackney Gazette prompted a reaction. An opinion offered by the editor virtually demanded the reaction.

On the 75th anniversary of the bomb, I went with my nan, mother and Tony to Hindle House. The Hindle House War Memorial Project, headed by Brian and Natalie Longman, arranged for the plaque, which had been found, given new life. Now cleaned of all signs of graffiti and age, a plaque was fitted above my nan’s grandmother’s flat while the original was fitted into the Community Centre’s hallway, unveiled by my nan.

My aunt contacted Brian and Natalie, who were interested in interviewing my nan.

“Chris had been home that weekend, the weekend beforehand, and my Gran gave him a torch to go back with; it was dark by the time he got back. They used to have a bucket in the flats and they’d put their rubbish in it and tip it down the chute and I said to Gran, ‘I’ll go out and make a cup of tea now Gran.’ … and she said, ‘No, you don’t know where the bucket is because I’ve lent Chrissy the torch.’ So she went out and we heard the first bomb fall down, and that hit Simpsons Clothing Factory.

“The second [bomb] hit us and all the fire came out. And just before the air raid warning went we were all outside the flats and when the siren went all the girls went in and the boys stayed outside which was lucky for us. I went out to try to get to Gran. There was too much debris and I couldn’t climb over it. And I saw this man and I tried to tell him to come down but the man was already dead…

“The third bomb hit the next corner, it hit Arcola Street… A greengrocers and Mr. and Mrs. Mould were killed. I can remember going out the next morning, because they took us straight down to the air raid shelter when they got us out; it was underneath the flats. We used to go down there and then someone complained that me and my mother didn’t live there and we were taking up space – that is why we went back to stay in Gran’s every night. All I can remember after that was Mr. and Mrs. Mould had this great big horse that used to pull the wheelbarrow with the vegetables on and [the horse] was dead in the yard with his legs up in the air.”

The service was a well put together affair. A priest shared in the jokes I cracked with Tony, cheering up the elderly folk with gentle mocking of their movement. The threat to push my nan up the stairs had her chuckling a little, but it was all out of love and appreciation.

Have you ever been in the situation where two people finally meet again after 75 years? It’s both touching, circumstances dependent, and one of the most entertaining things you’ll ever see.

As Nan set her eyes on Mrs Longman, they raced towards each other – at the average pace you could expect of people since departed from the term ‘octogenarian’ – on their respective walker and cane and immediately engaged in the sort of chatter you can expect from two ladies over 90:

“Hello, do you remember me? I’m Alice Hayes. I was Monk, of the Applebys.”

“What’s that you say? I haven’t got my hearing aid in.”

Before long, they were quietly discussing their time at Hindle House, the names they could remember, the situations they had faced.

Upstairs, prior to the ceremony, we walked around and read the walls, each telling someone’s story, from my nan, as someone who had told her incredible tale, through to a toddler, 3 years old, who died. It didn’t stop at those who had died during the blast though. These walls remembered the residents of Arcola Street who had given their stories and lives.

War is indiscriminate. It gives no thought to those who haven’t lived long enough to know what war is. Instead, it feeds of the narcissism of those who believe their way is the only way. A religion, an ideology, a shout out for more chocolate in a brownie – for some, any reason is good enough. It kills our innocence to scare the guilty.

Chris Appleby, Alice Monk, Jim Hayes, and millions of others fought for my right to state that war is a pointless waste of life. 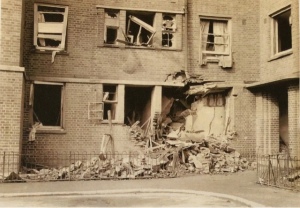 The devastation above was a photograph taken by my uncle who died last Christmas; he was the unnamed person who I get to thank for pulling my nan out the rubble. But with the Hindle House Project in full swing, aiming to make history accessible to schools as well as put names and faces to those who now lie in an unmarked mass grave, one thing is certain for me, my mother, and any children I may have:

We will remember them. 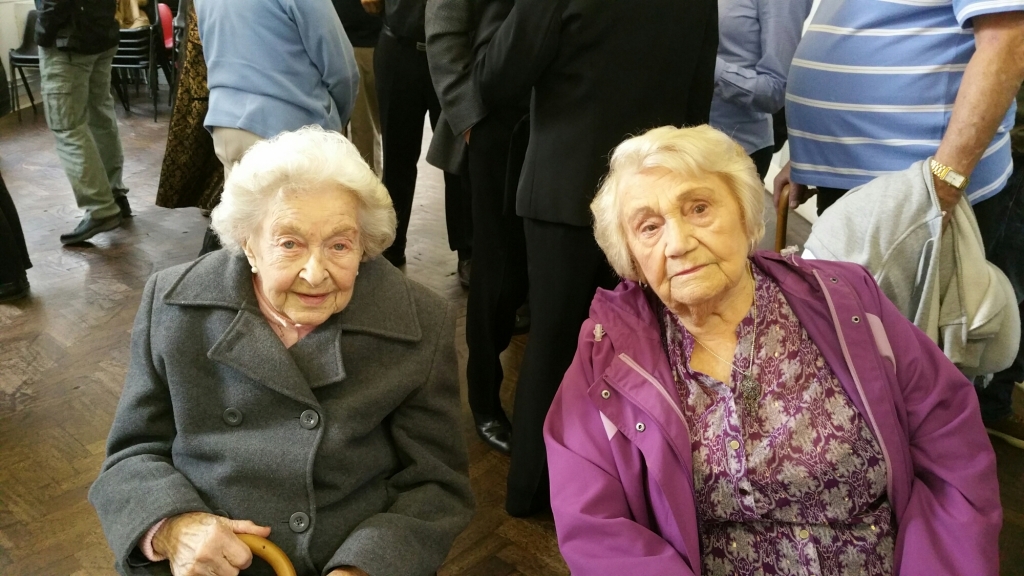 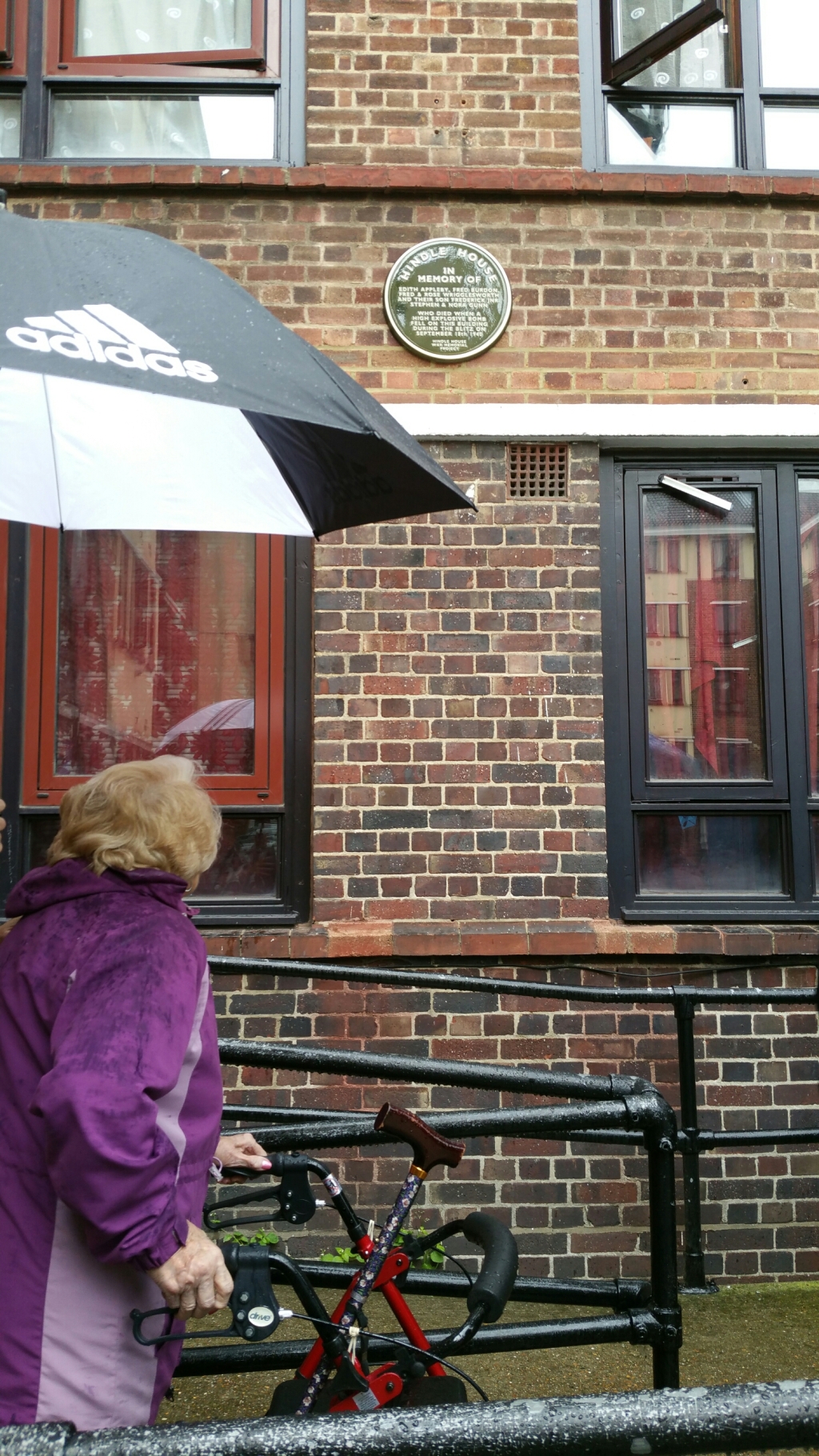 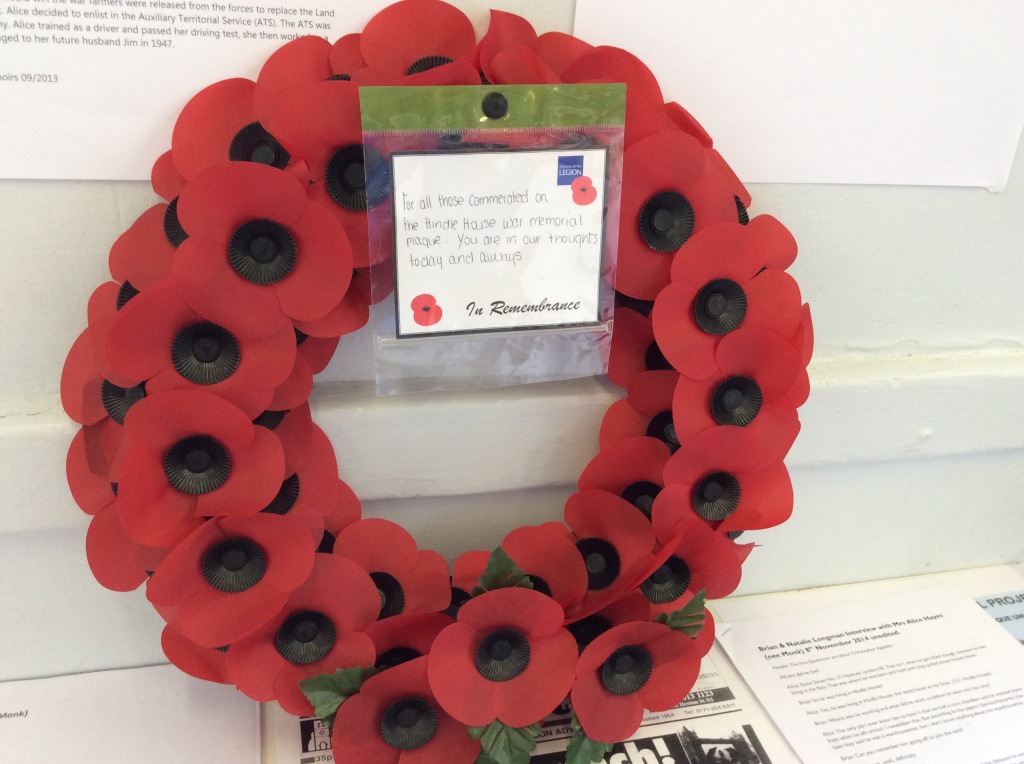